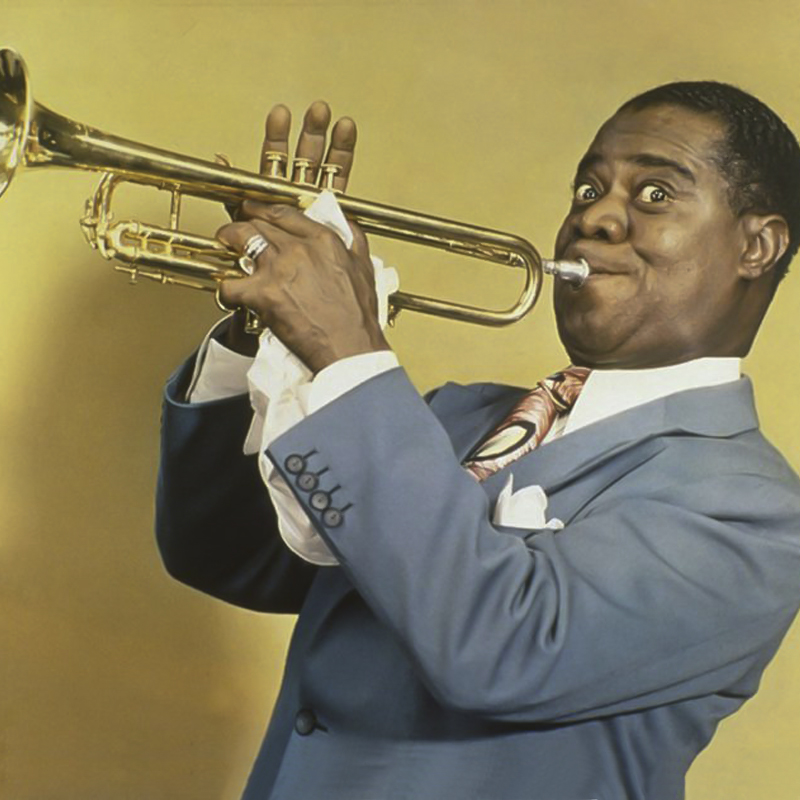 What sets Louis Armstrong apart from other trumpeters? Was it his ability to hit high notes with a powerful command of his instrument? Was he careful to maintain his skills with constant performance and practice?

Or was he careful about maintaining his mouth with assistance from a lip balm?

A product called Ansatz-Crème landed in Armstrong’s toolkit when he was in the middle of a European tour in the 1935. German trombonist Franz Schuritz had developed the balm that Armstrong credited with saving him while on the road in Europe. The Louis Armstrong House Museum in Queens, New York, still has hundreds of stockpiled tins in storage.

No question that Satchmo’s performances challenged his lips. Hitting high notes requires strength and puts trumpeters at risk for Satchmo Syndrome, a rupture of the orbicularis oris muscle that disables the mouth and requires complete rest from playing. In the late thirties, in anticipation of World War II, Armstrong ordered his manager to buy enough tins of the product to make sure that his embouchure was covered. Eventually the product was marketed as Louis Armstrong’s Lip Salve.

Louis Armstrong was known for his outgoing personality and happy-go-lucky stage presence.  His serious attention to detail in developing his music has been less documented. He studied films of his performances to pick up the fine points. Behind the carefree presence was his rare talent for picking up the details that mattered.  He even carefully recorded and shared the recipe for red beans and rice that he and his wife Lucille loved. Nothing was too small to matter when it came to his palate or his creativity.

Happy Birthday to Louis Armstrong! We believe that Lip Renew, our wax free endurance cream, would have been added to his toolkit because it helps prevent the problems that plague all trumpeters.