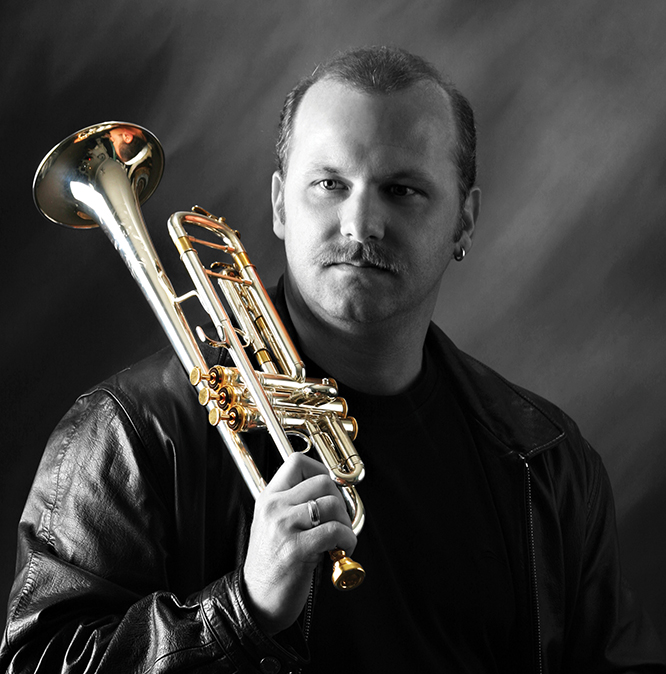 The Robinson’s Remedies crew had the chance to catch up with esteemed trumpet musician, Paul Baron right before the opening of Aladdin The Musical in Detroit, Michigan.

WHERE ARE YOU FROM?

Vancouver, British Colombia. I moved out to Bellingham, Washington to go to Western Washington University. Then I moved back to Vancouver for a brief time, but went back to Bellingham in 1992 and have been there ever since.

PAUL, YOU’VE BEEN ON THE ROAD WITH ALADDIN THE MUSICAL SINCE SEPTEMBER 2017. WHAT HAS BEEN YOUR FAVORITE CITY SO FAR, NOT FROM AN AUDIENCE PERSPECTIVE, BUT FROM THE CHARACTER PERSPECTIVE OF THE CITY?

I’m always determined to fall in love with each city. There is always a hole in the wall diner to have breakfast, or a small dive bar, that only musicians know about, to hear the best talent in town to discover in each city. Sometimes there is an abundance to do in the city and sometimes there isn’t, but that’s the beauty … finding your way through it.

I have one funny story. One time we were in Green Bay, Wisconsin for Spring Break and my family flew in. We asked the concierge at the hotel, the cab driver and everyone, “what should we do?” The immediate response was, “Go to the Packer’s Stadium. Then they would pause and say, oh wait it’s being renovated, actually there’s nothing to do here.” We did find some museums and had some cheese curds.

WHEN DID YOU FIRST PICK UP A TRUMPET?

I was almost six years old. My uncle was between jobs staying with my grandparents, relocating for a new job. He had a trumpet laying on the bed.

I snuck down into his room. I thought no one would realize I was down there. I didn’t realize at the time how much sound comes from a trumpet, I picked it up and started to play. Now, my uncle’s recollection was that I played a perfect middle “C.” He told my parents that I had real natural chops, whether that was true or not, I don’t know. However, I loved it. My parent’s rented me a trumpet for the next six months.

I wasn’t even in the first grade yet, I didn’t have a book to teach me. They told me if I was diligent enough to practice, they would get me private lessons. So I would play, make a whole bunch of noise for a half hour a day. Once they realized I was committed, the deal was done.
I went on to get private lessons from a piano teacher who knew nothing about trumpet. He just opened up a “Tune a Day,” and told me to play whatever was on the page. My parent’s got me into a community band the next year. Here I was, seven years old playing with kids that were 12 to 25 years old. I was holding on to their coattails, just trying to keep up with them. My education was the apprenticeship program known as “sink or swim.”

WHAT HAS BEEN YOUR MOST MEMORABLE MOMENT IN YOUR CAREER THUS FAR?

The most magical moment in my career was a Natalie Cole concert. This was right after her Unforgettable album came out. I hadn’t heard the album yet and had no idea she did a duet with her dad, the late Nat King Cole.

I will try to make this long story short. We rehearsed in Vancouver without Natalie and without the pre-recorded tracks. The next day the media made a huge deal about strapping this huge 12 foot grand piano to the bottom a helicopter and flying it up to the top of Whistler Mountain. That’s where the concert would take place, at the top of the mountain, not the bottom, with no snow, in the middle of August. If anyone saw the Winter Olympics of 2010, that was the same mountain we were performing on.

The day of the show we went to the top of the mountain. As we walk down, the stage is built up against the mountain, the trumpet section has a 60 foot drop right behind us with a glacier cap mountain range. It was amazing. We start the concert. The song “Unforgettable” begins with Nat King Cole singing. There wasn’t a dry in eye in the entire orchestra. All of us tough guys playing trumpet were blaming our tears on the altitude.

WHAT IS THE LAST PERFORMER OR BAND YOU DOWNLOADED?

Tony Kadleck. Tony is probably the busiest Broadway trumpet player and he recently released his own music that he arranged and composed. Fantastic album. These days, it’s not about downloading all the commercially available stuff, but supporting other trumpet players and musicians in the community.

IF YOU COULD PLAY A DUET WITH ANYONE DEAD OR ALIVE WHO WOULD THAT BE?

I have a few. Tony Bennett tops the list. I just love him. I was booked to play with him but he cancelled me and went to a trio rather then the full band. Frank Sinatra would’ve been amazing as well.

PLEASE BE SURE TO PLACE YOUR ORDER EARLY. AND REMEMBER THAT SHIPPING DELAYS ARE LIKELY GIVEN COVID-19. THIS IS ESPECIALLY TRUE FOR INTERNATIONAL ORDERS. Dismiss