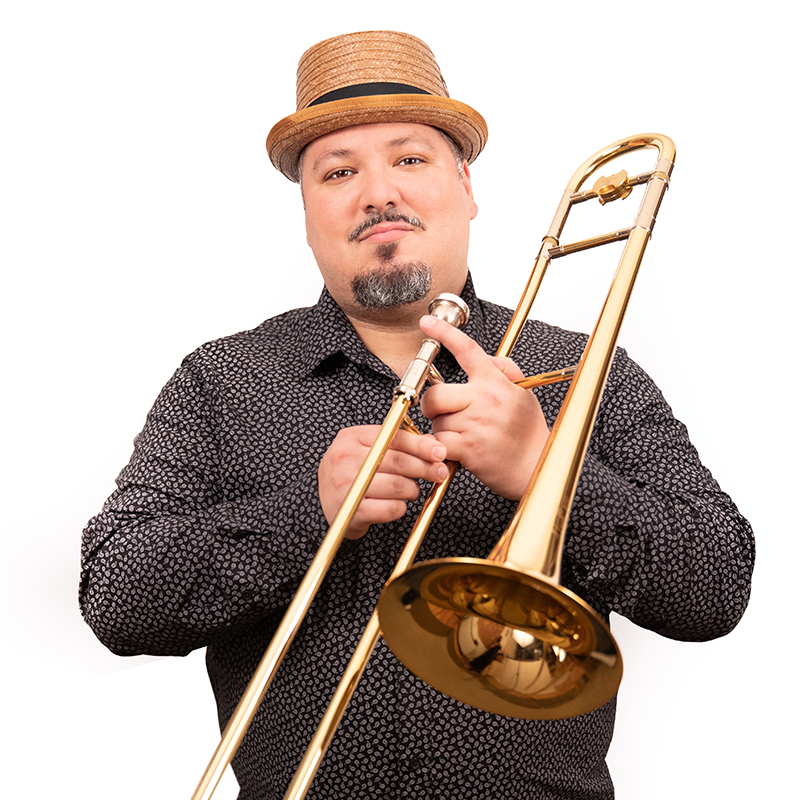 As Michael prepares for tour with David Sanborn, he took the time to catch up with Robinson’s Remedies and answer “5 Questions”

WHERE ARE YOU FROM?

I’m from Augusta, Georgia, along with my hometown heroes James Brown and Wycliffe Gordon.

WHEN DID YOU FIRST PICK UP THE TROMBONE?

I started on alto saxophone in beginning band when I was eleven years old.  The legendary recording by John Coltrane, “Blue Train” inspired me to dabble with trumpet, but hearing Curtis Fuller’s trombone solos made me switch to trombone during my senior year of high school.

WHAT HAS BEEN THE MOST MEMORABLE MOMENT OF YOUR CAREER?

Playing for Barack and Michelle Obama at the White House in February 2016 for the televised White House All-Star Tribute to Ray Charles as lead trombonist in the Christian McBride Big Band.  I’m still floating from that entire experience, that included speaking with President Obama before the performance.

WHAT IS THE LAST MUSIC THAT YOU BOUGHT OR DOWNLOADED?

Please be patient with your order delivery. Customers are reporting shipping delays. This is especially true for international shipments and is beyond our control. Dismiss