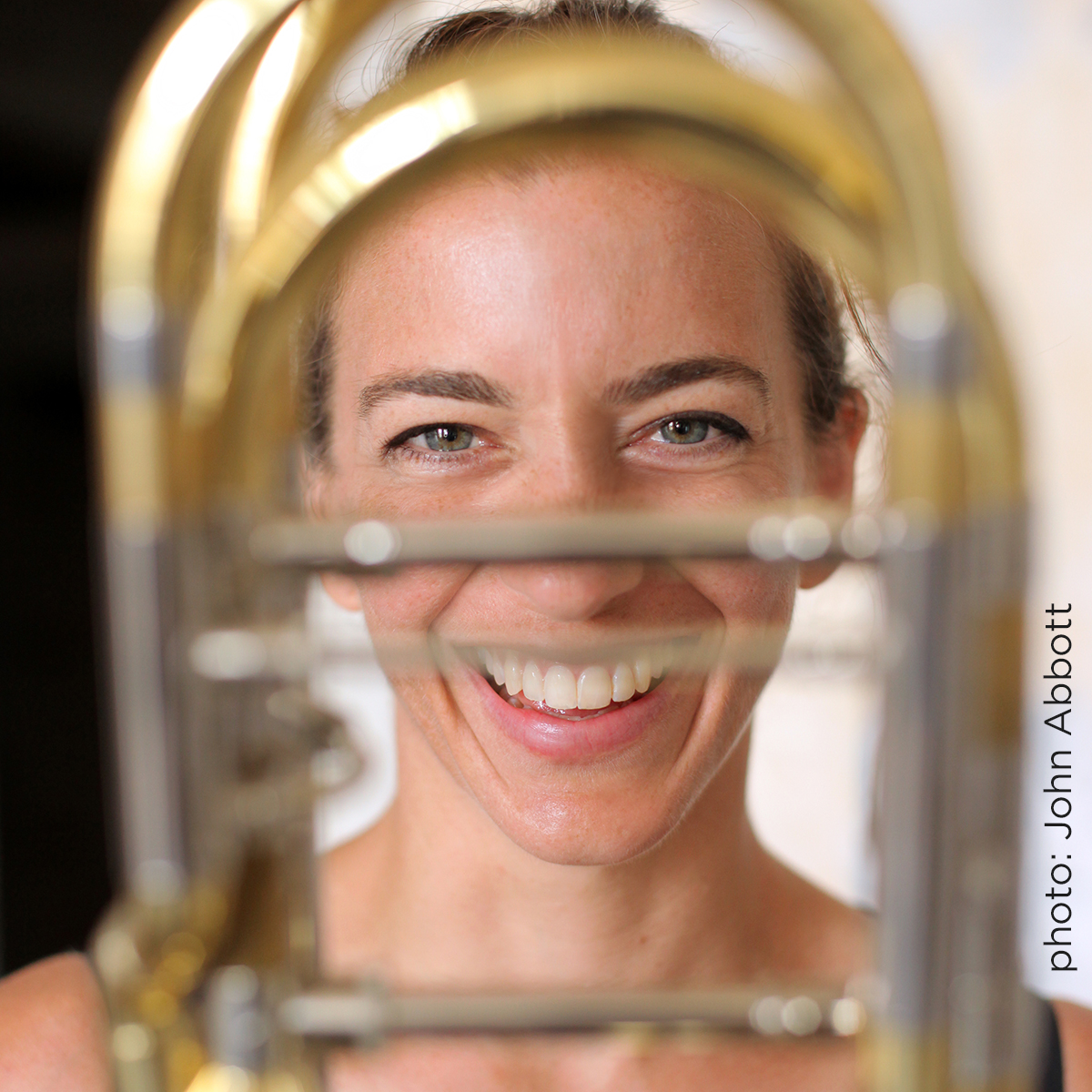 Jennifer Wharton is a low brass specialist based in New York City. Though getting her start classically, Jen has deep roots in jazz, commercial, chamber and Broadway music. Like a virus, she won’t stop until she has conquered the world!

These days, Jennifer can be found performing in King Kong: Alive on Broadway but has also held positions at Beautiful, the Carole King Musical, The Gershwin’s Porgy and Bess, Jekyll and Hyde, Scandalous, Wonderland, 9 to 5 and Curtains, as well as performing as a substitute in over a dozen other Broadway productions.

What made you want to play the trombone?

In the sixth grade I wanted to play saxophone but my sister didn’t want me copying her, so my second choice was trombone. When I missed the day they auditioned for chairs in 7th grade, I was handed the bass trombone and have been playing ever since. I also play tenor trombone and tuba.

What has been the most memorable part of your musical journey thus far?

The most memorable part of my musical journey has been making my album. It was something I never thought I’d do. It’s memorable for the “growing pains” I’ve experienced and for the good that has come from it.

Considering March is Women’s History Month, do you have a female idol, role model or musician that you looked up to as you grew in your craft?

I really didn’t meet a lot of women coming up that I would consider idols or role models. I played a gig or two here and there with other female brass players but the fact is there weren’t that many around. I think for a long time women had to fight so hard for such a small piece of the pie that some, including myself early on, didn’t welcome other females into the fold. That’s changed a lot and I hope that up and coming ladies now have too many role models to choose from!

I really did admire Laurie Frink but I didn’t know her well. She successfully navigated the brass world decades before me and earned the respect of many. There are many ladies I admire that I now know – Abbie Conant, Ingrid Jensen – to name a few.

What is the last music you bought?

I bought Malika Zara’s album Berber Taxi. I just worked with her on a collaboration she did with Arturo O’Farrill when I was subbing in his Afro Latin Jazz Orchestra. I loved her voice and her spirit. No better way to spend money than that!

What can fans expect from your new release “Bonegasm?”

Bass trombone driven ensemble music. It’s a party in your ears that will make your backside waggle.

NEWS NEWS NEWS: Reed Renew marks our latest innovation! Check it out. And remember, please be patient with your order delivery. Customers are reporting shipping delays, which are caused by several factors including COVID-19. This is especially true for international shipments. This is beyond our control. Dismiss